The Oregon Department of Fish and Wildlife estimates that in years of favorable ocean conditions during the late 1800s and early 1900s, as many as one to two million coho returned to spawn in Oregon’s coastal rivers and streams (Stout et al. 2012). These runs declined steadily through the mid and late 1900s, dropping to all-time lows in the 1970s and again in the 1990s. Today, many Oregon Coast coho populations have improved, but runs continue to fluctuate with variable ocean conditions. 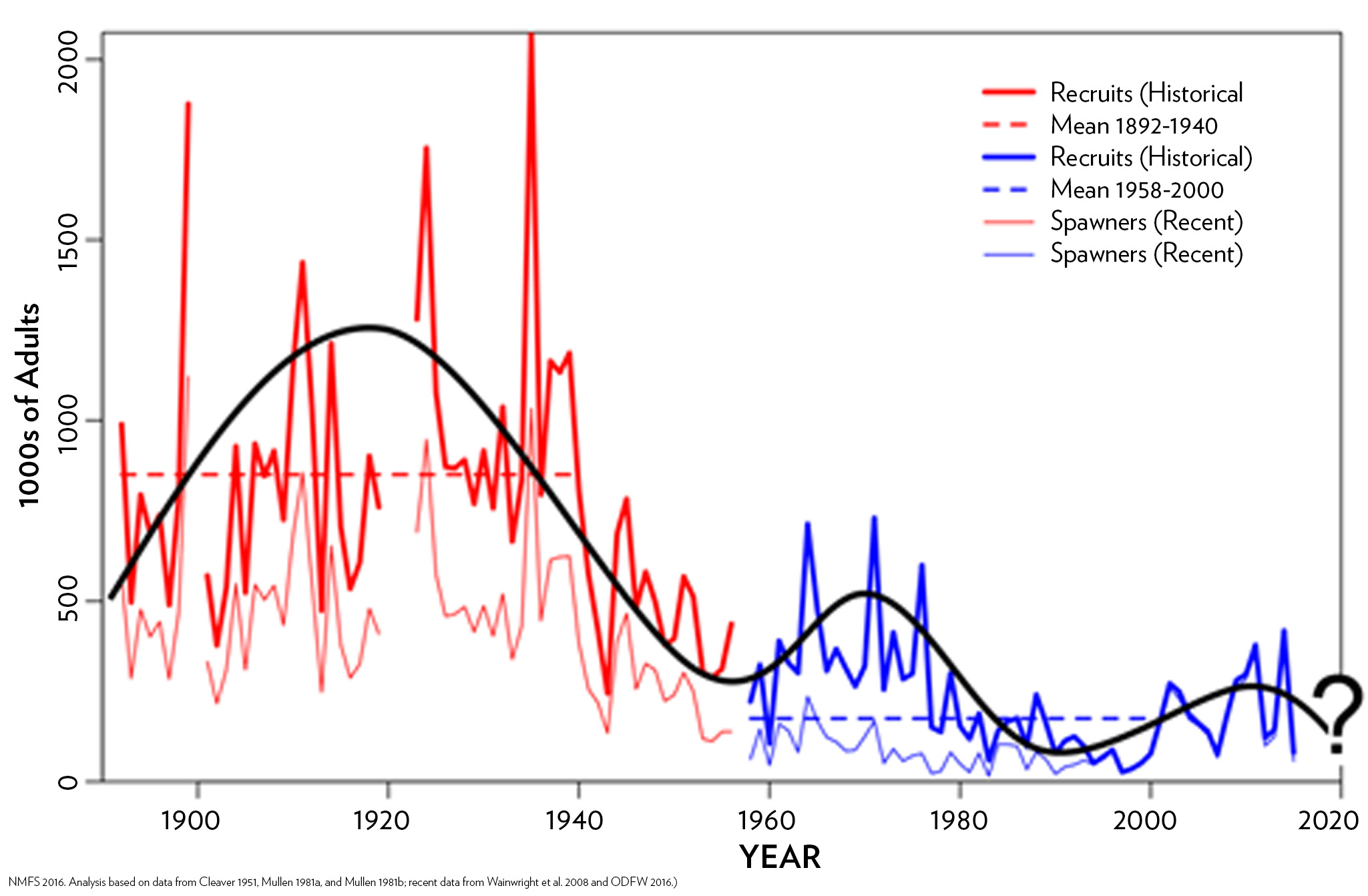