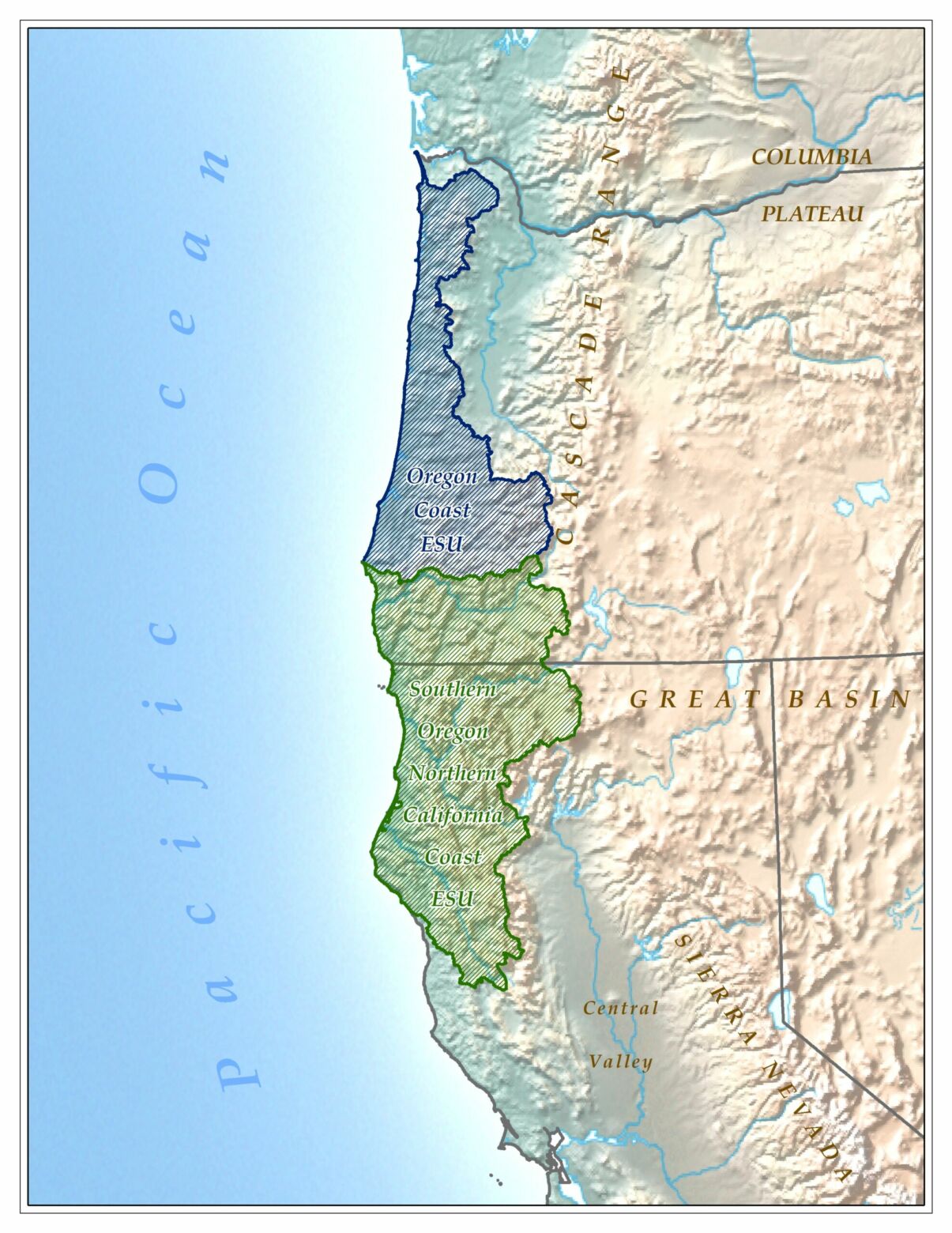 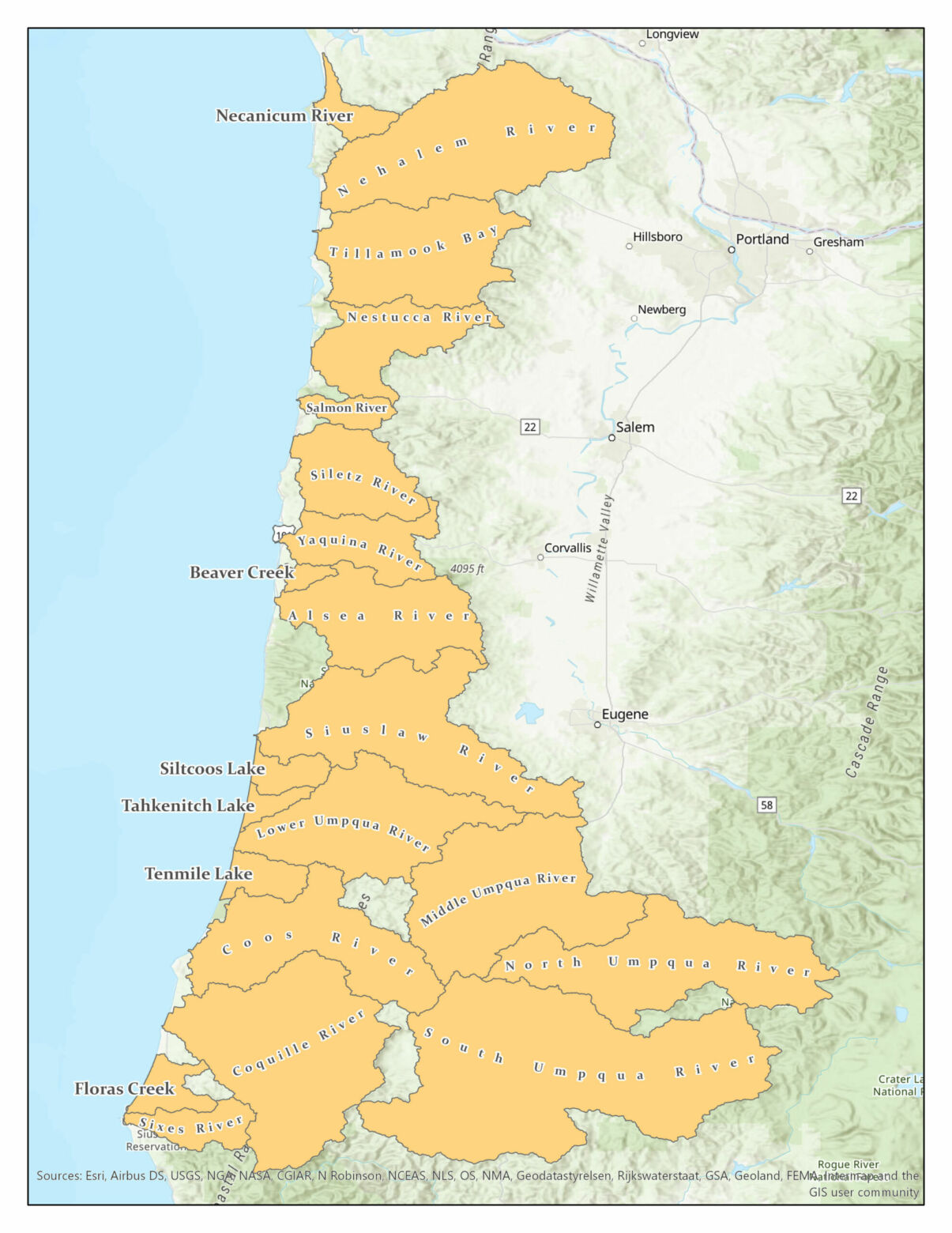 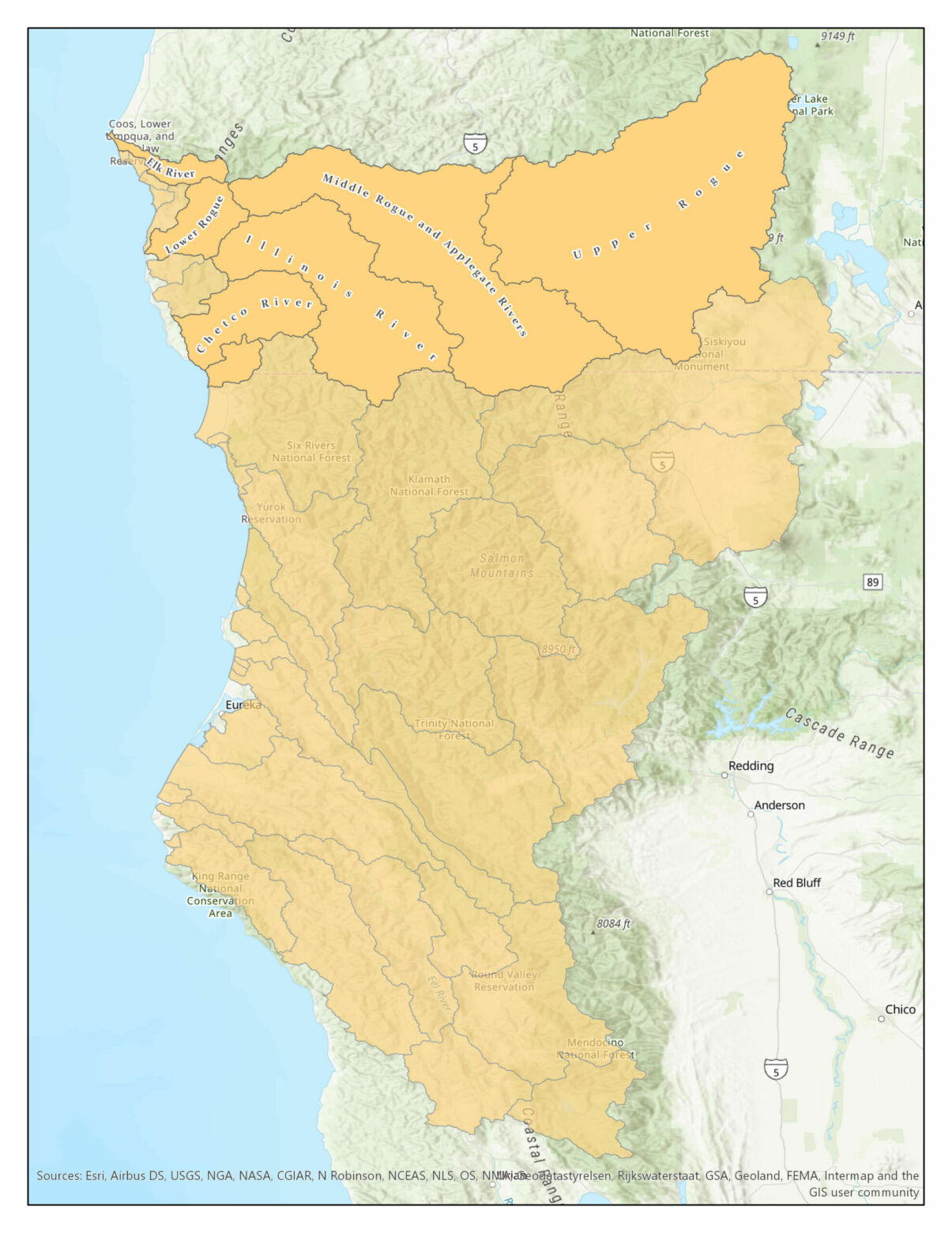 One to two million adult OC Coho once returned to rivers along the northern and central Oregon coast during periods of favorable ocean conditions. After a slow and steady decline through much of the 20th century, these runs bottomed out in the 1990s, with only 14,600 fish returning in 1993. This precipitous decline in abundance lead the National Marine Fisheries Service (NMFS) to list the OC Coho ESU under the Endangered Species Act in 1998. The run’s decline was attributed to multiple factors, including: high harvest rates, high hatchery production, significant habitat degradation, and cyclical periods of poor ocean conditions. After two court challenges, NMFS relisted the species in 2008 and reaffirmed the listing in 2011. A 2015 status review by NOAA Fisheries’ Northwest Science Center found that the status of OC Coho is improving, but remains vulnerable due to a lack of high quality rearing habitat, leaving it vulnerable during periods of poor ocean conditions. While a lack of high quality winter rearing habitat is most often the primary limiting factor for OC Coho populations, reduced summer flows and elevated water temperatures, sedimentation, insufficient spawning gravel, and non-native species are also key stressors that may limit population viability.

Hundreds of thousands of SONCC Coho once returned each year to spawn in rivers and streams along the southern Oregon and northern California coast. The decline of these runs led NMFS to list the ESU as threatened under the Endangered Species Act in 1997. The run’s decline was attributed to the combined effects of fish harvest, hatcheries, hydropower operations, and habitat alterations caused by land management. NMFS reaffirmed its listing decision in 2005 and again in 2011. A 2015 status review by NOAA Fisheries’ Southwest Science Center found that there has been no improvement in the status of SONCC Coho salmon since 2010, and there is heightened risk to the ESU’s persistence. The SONCC ESU is anchored by strong populations in Oregon that are essential to keeping the species from becoming endangered.