Like other salmonids, coast coho rely on a diverse suite of habitat types (or “components”) that individuals rely on during different stages in their life cycle. In coastal watersheds, these habitat components include uplands, mainstem rivers, tributaries, off-channel areas, freshwater wetlands, lakes, and estuaries. Each of these components is characterized by numerous “key ecological attributes (KEAs)” that collectively comprise healthy, productive habitat. Examples include floodplain connectivity, instream complexity, water quality, and riparian function. When a particular KEA is degraded or lost, limiting the abundance of a population or some segment of a population (called a “meta-population”), it is referred to as the “limiting factor.” Restoration planning often seeks to eliminate or reduce the limiting factor at some selected scale (the whole watershed, a sub-watershed, or even a tributary reach) because it presents a bottleneck for the population or meta-population.

Finally, coast coho populations in the coastal lakes stratum on the mid-coast are limited by predation from introduced warm water fishes, such as smallmouth and largemouth bass.

Limiting factors and other major stressors for
independent populations in the OC and SONCC Coho ESU’s. 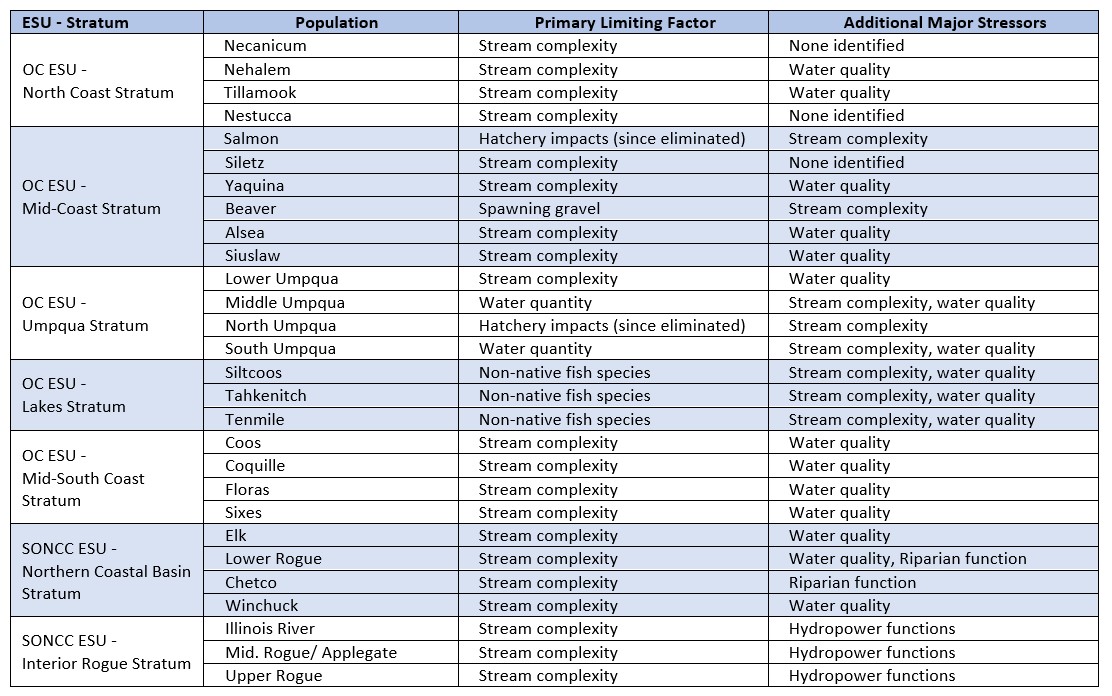