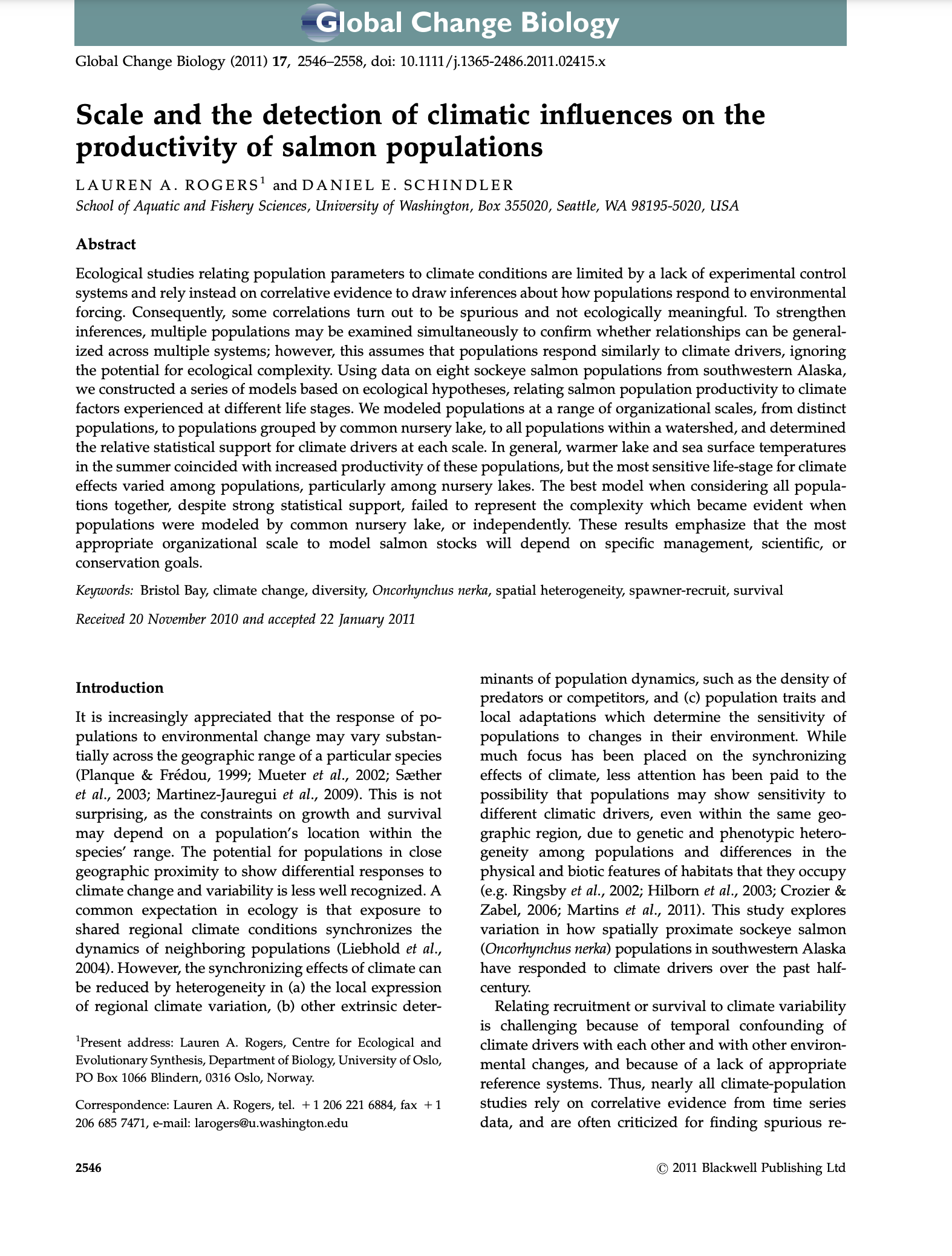 Ecological studies relating population parameters to climate conditions are limited by a lack of experimental control systems and rely instead on correlative evidence to draw inferences about how populations respond to environmental forcing. Consequently, some correlations turn out to be spurious and not ecologically meaningful. To strengthen inferences, multiple populations may be examined simultaneously to confirm whether relationships can be generalized across multiple systems; however, this assumes that populations respond similarly to climate drivers, ignoring the potential for ecological complexity. Using data on eight sockeye salmon populations from southwestern Alaska, we constructed a series of models based on ecological hypotheses, relating salmon population productivity to climate factors experienced at different life stages. We modeled populations at a range of organizational scales, from distinct populations, to populations grouped by common nursery lake, to all populations within a watershed, and determined the relative statistical support for climate drivers at each scale. In general, warmer lake and sea surface temperatures in the summer coincided with increased productivity of these populations, but the most sensitive life-stage for climate effects varied among populations, particularly among nursery lakes. The best model when considering all populations together, despite strong statistical support, failed to represent the complexity which became evident when populations were modeled by common nursery lake, or independently. These results emphasize that the most appropriate organizational scale to model salmon stocks will depend on specific management, scientific, or conservation goals.