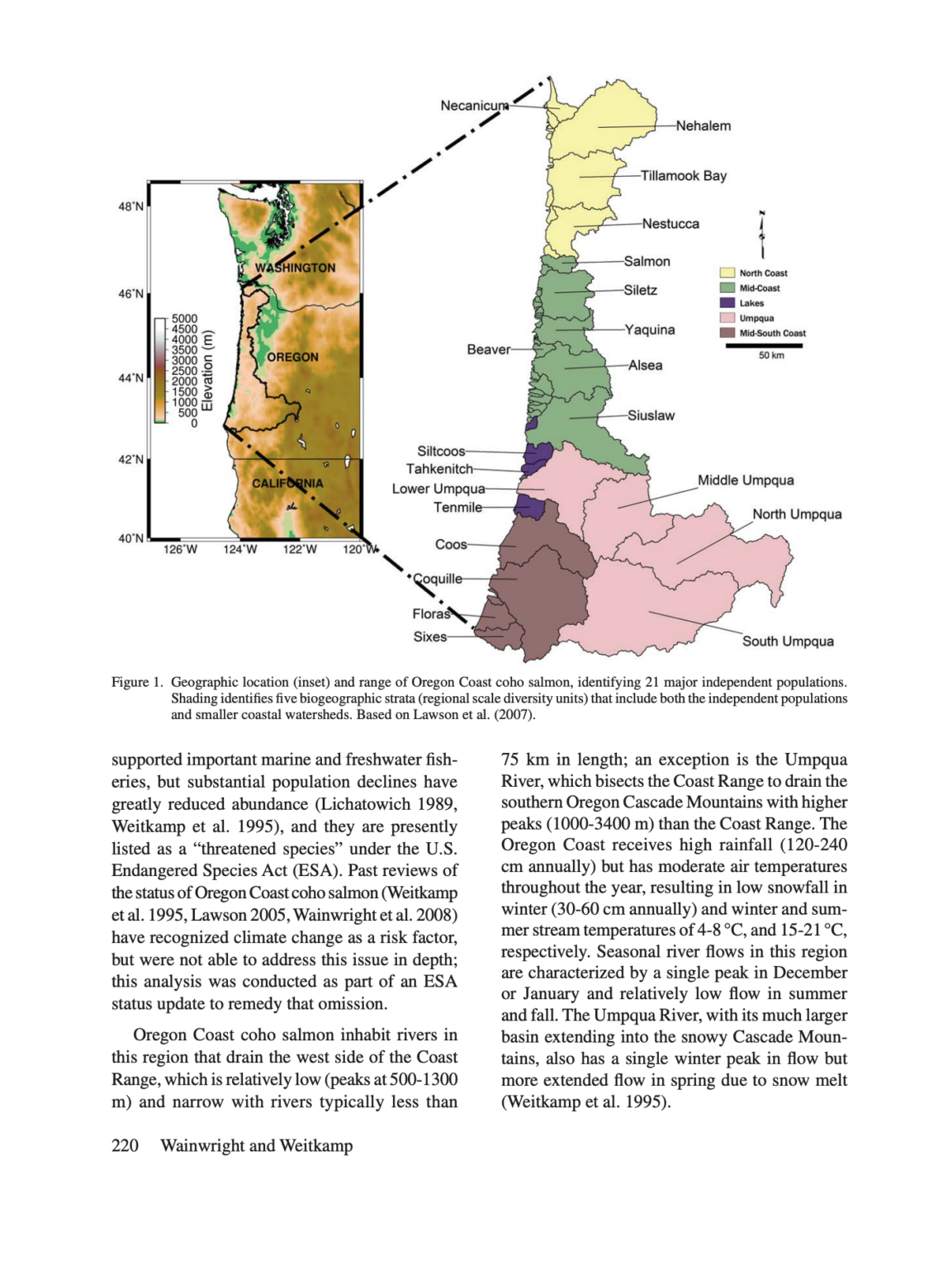 Coho salmon (Oncorhynchus kisutch) populations that spawn in the coastal rivers of Oregon, U.S.A., formerly supported robust fisheries but are now listed as a “threatened species” under the U.S. Endangered Species Act. Climate change is an increasing concern in salmon conservation, and we assess the effects of climate change on sustainability of this population group. Four distinct habitats are important to different life-history stages of coho salmon: terrestrial forests, freshwater rivers and lakes, estuaries, and the ocean. Each of these habitats is affected by multiple aspects of climate change, resulting in a complex web of pathways influencing sustainability. We summarize regional climate change studies to predict future climate patterns affecting these habitats, identify the ecological pathways by which these patterns affect coho salmon, and review coho salmon ecology to assess the likely direction and magnitude of population response. Despite substantial uncertainties in specific effects and variations in effects among populations, the preponderance of negative effects throughout the life cycle indicates a significant climate-driven risk to future sustainability of these populations. We recommend that management policies for all four habitats focus on maximizing resilience to the effects of climate change as it interacts with other natural and anthropogenic changes.