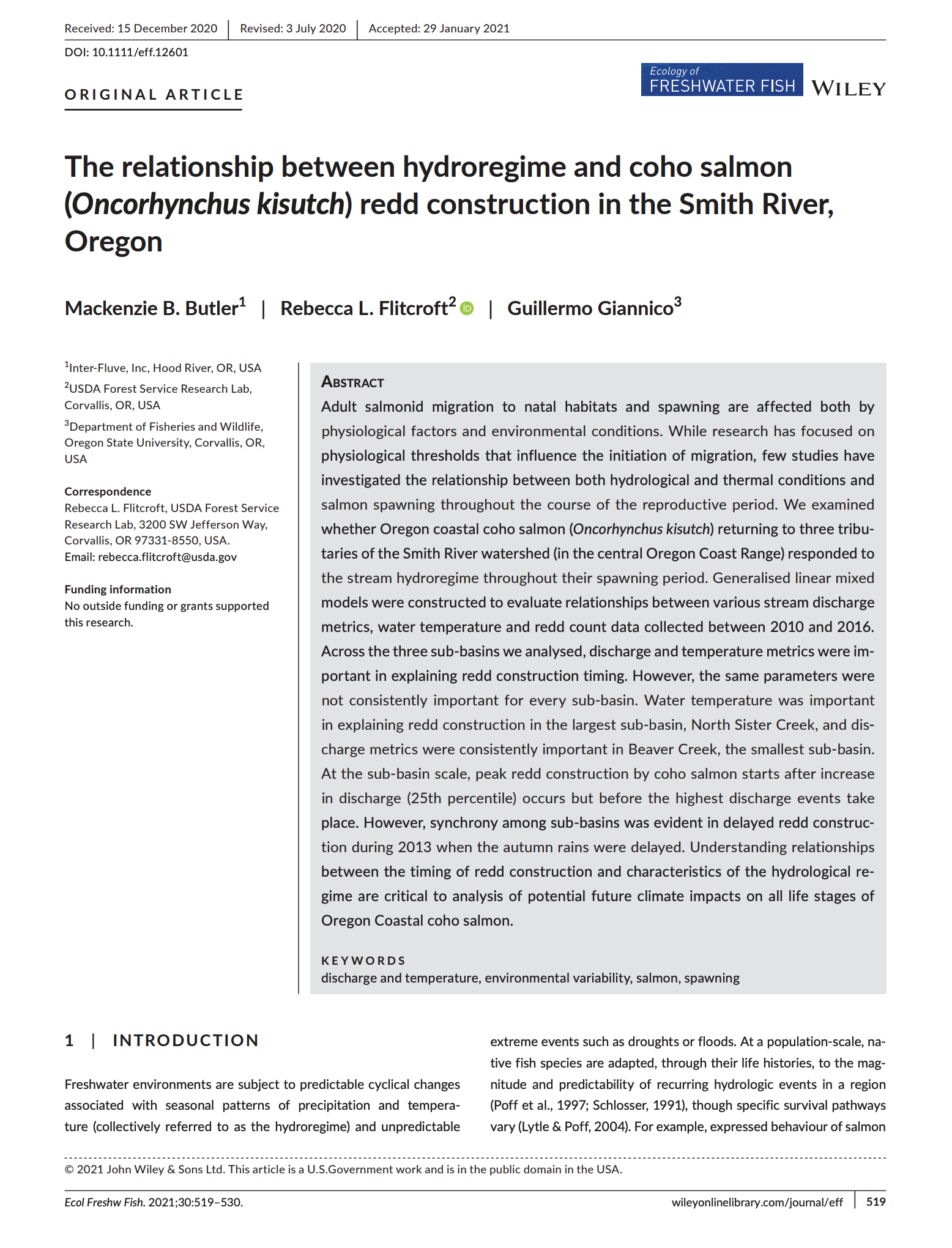 Adult salmonid migration to natal habitats and spawning are affected both by physiological factors and environmental conditions. While research has focused on physiological thresholds that influence the initiation of migration, few studies have investigated the relationship between both hydrological and thermal conditions and salmon spawning throughout the course of the reproductive period. We examined whether Oregon coastal coho salmon (Oncorhynchus kisutch) returning to three tributaries of the Smith River watershed (in the central Oregon Coast Range) responded to the stream hydroregime throughout their spawning period. Generalised linear mixed models were constructed to evaluate relationships between various stream discharge metrics, water temperature and redd count data collected between 2010 and 2016. Across the three sub-basins we analysed, discharge and temperature metrics were important in explaining redd construction timing. However, the same parameters were not consistently important for every sub-basin. Water temperature was important in explaining redd construction in the largest sub-basin, North Sister Creek, and discharge metrics were consistently important in Beaver Creek, the smallest sub-basin. At the sub-basin scale, peak redd construction by coho salmon starts after increase in discharge (25th percentile) occurs but before the highest discharge events take place. However, synchrony among sub-basins was evident in delayed redd construction during 2013 when the autumn rains were delayed. Understanding relationships between the timing of redd construction and characteristics of the hydrological regime are critical to analysis of potential future climate impacts on all life stages of Oregon Coastal coho salmon.