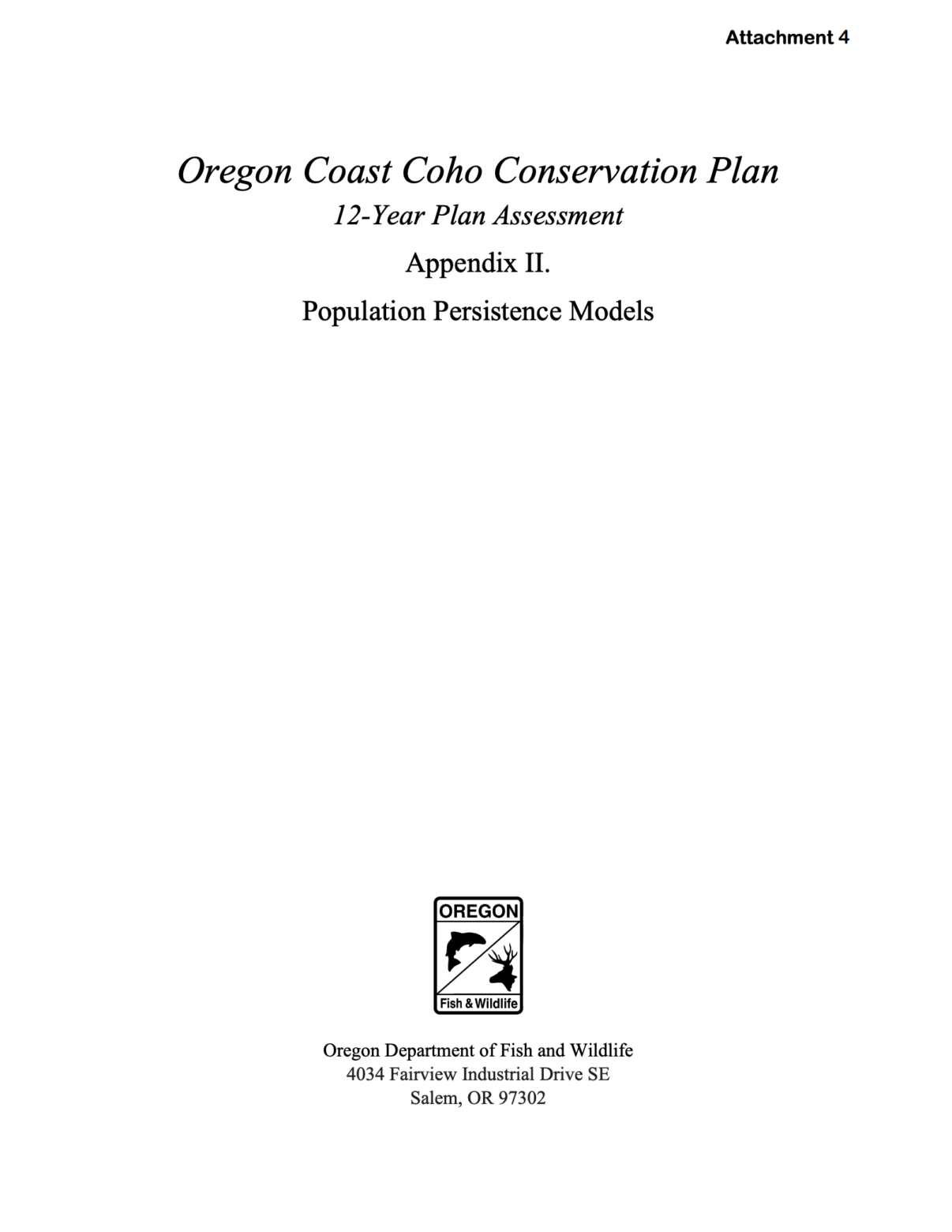 The Oregon Coast Coho Conservation Plan (OCCCP) includes measurable criteria for assessing of the status of Independent Populations of Oregon Coast coho salmon (OC Coho) relative to broad sense goals. The persistence criterion for Independent Populations requires the use of quantitative models to estimate the probability that populations will persist for the next 100 years. To evaluate this criterion, population viability analysis (PVA) models are used to estimate population-scale extinction risk over a 100-year time frame, and the probability of persistence is calculated as one minus the extinction risk. Population viability analysis includes a variety of quantitative analyses to predict the future status of a population or collection of populations, especially to predict the risk of extinction (or quasi-extinction) over time. To assess population persistence for this 12-year assessment of the OCCCP, densitydependent, count-based PVA models were applied to the Oregon Coast coho salmon (OC Coho) Independent Populations.